Responding To A Severe Bleeding Emergency

No matter the type of accident, there’s always the chance that an injury or wound could result in severe bleeding. This type of bleeding most often occurs when a blood vessel is cut or torn. Stop the Bleed is an awareness campaign that aims to encourage people to become trained and fully equipped to mitigate the damage from a bleeding emergency. Even though an ambulance should arrive in minutes upon dialing 911, severe cases of bleeding can cause a person to die from blood loss within five minutes in some situations. As such, it’s important to know how to properly respond to a severe bleeding emergency.

How to Stop the Bleed

If someone nearby has been in an accident or is injured in some manner, the first thing to do is place pressure on the affected area. Contact 911 in any situation that involves significant amounts of bleeding, a spine injury, or a head injury. Before an ambulance arrives, try to keep the bleeding at bay. If the injured individual is in an unsafe area, see if they can move to a safe location nearby where proper treatment can be administered.

If there’s an ample amount of bleeding, it might be difficult to find the source of the injury. However, the source will need to be identified before effective treatment can be administered. Controlling the bleeding depends entirely on the types of equipment that are available, of which we offer everything that would be needed in such a situation. In the event that a first aid kit is on hand, put on some gloves, glasses, and a gown. The first aid kit should contain some gauze pads, several of which must be applied directly to the wound. Once the gauze pads have been placed in the correct area, apply pressure. If a first aid kit is unavailable, get a clean cloth to put on the wound.

If the wound happens to be located on the leg or arm, the affected limb should be elevated. If the bleeding isn’t stopping as it should, apply even more pressure to the area. While it might seem like the pressure is too much, it may be the only way to put a stop to the bleeding. If the gauze or cloth happens to soak through, simply add more. There are times when even a significant amount of pressure isn’t enough to stop the bleeding. In these situations, look for a trauma kit, which will contain several heavy-duty items that could prove to be useful.

If the wound is located on the torso, groin, or neck, use blood coagulate to solidify the blood. For a leg or arm wound, consider using a tourniquet. This tourniquet should be positioned around two inches or so above the injury. Once in position, make sure to tighten the tourniquet until the bleeding comes to a stop. Leave the tourniquet in that position until an ambulance arrives. Any dressings should also be held in place with a bandage of some sort.

What to Do Once the Bleeding Has Been Stopped

Once the bleeding is fully under control and medical professionals have arrived at the scene, it’s important to clean and disinfect the area. First of all, make sure that the areas contaminated by blood are closed off. The proper protection should also be worn while cleaning, which includes covers for shoes, safety glasses, a gown, and gloves. The blood should first be soaked up by disposable rags and towels. The area must then be disinfected with the right solution, of which there are many different types. For instance, a very effective solution is one that’s comprised of 90 percent water and 10 percent bleach.

Any sharp objects should be picked up with brooms, tongs, and dustpans. These objects should be placed in a container that’s puncture-resistant. Any other contaminated waste will need to be placed in a bio-hazard bag, which includes protective equipment. Even though gloves were worn while cleaning, it’s important to sanitize hands afterward. With these guidelines in mind, it’s possible to minimize the complications caused by a severe case of bleeding. 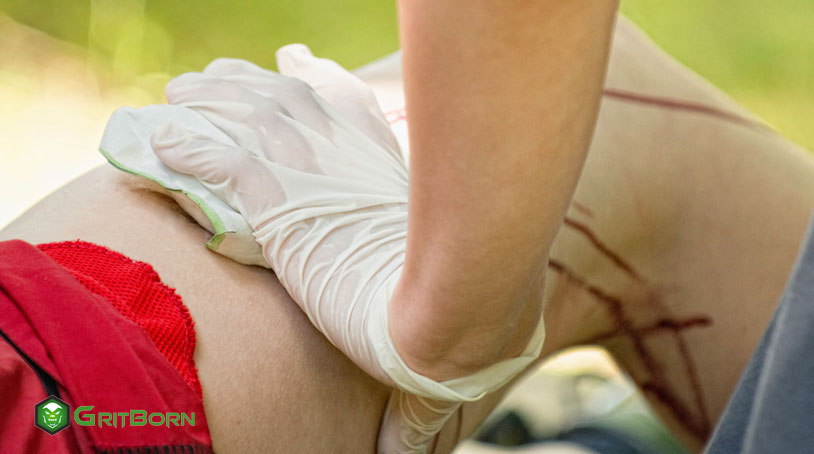 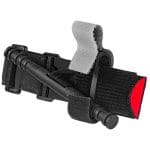 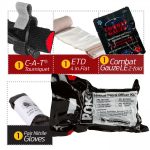 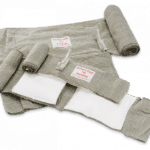